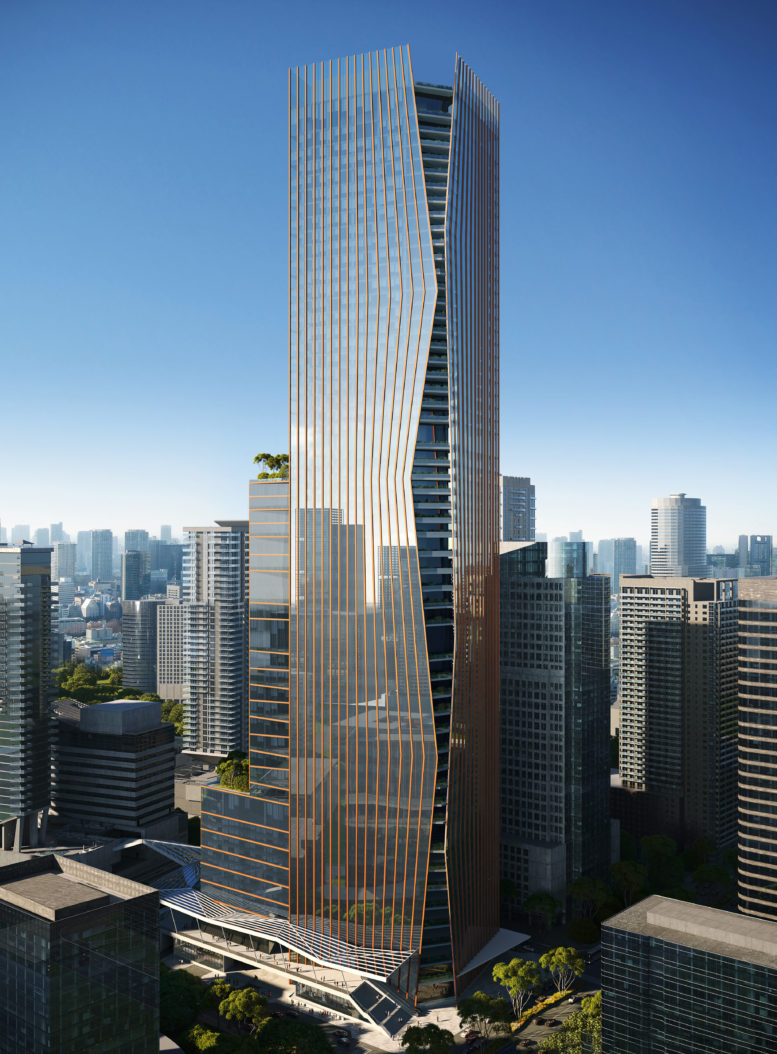 Miami City Commissioners unanimously approved an amendment to the Special Area Plan (SAP) for One Brickell City Centre, a 1,049-foot supertall commercial building planned for 700 Brickell Avenue in the heart of Miami’s Brickell Financial District. The vote allows for the expansion of One Brickell City Centre’s floor plates, which will set a new precedent as the largest floor plates ever approved in Miami. The floor plates will range from 40,000 square feet on the highest floors to 60,000 square feet on the lower floors. Designed by internationally renowned architecture firm Arquitectonica and developed in partnership between Hong Kong-based Swire Properties and New York City’s Related Companies, the 80-story tower will comprise 1.6 million square feet of Class A office space and is slated to become the tallest commercial building in Florida. Construction is expected to begin in early 2023. 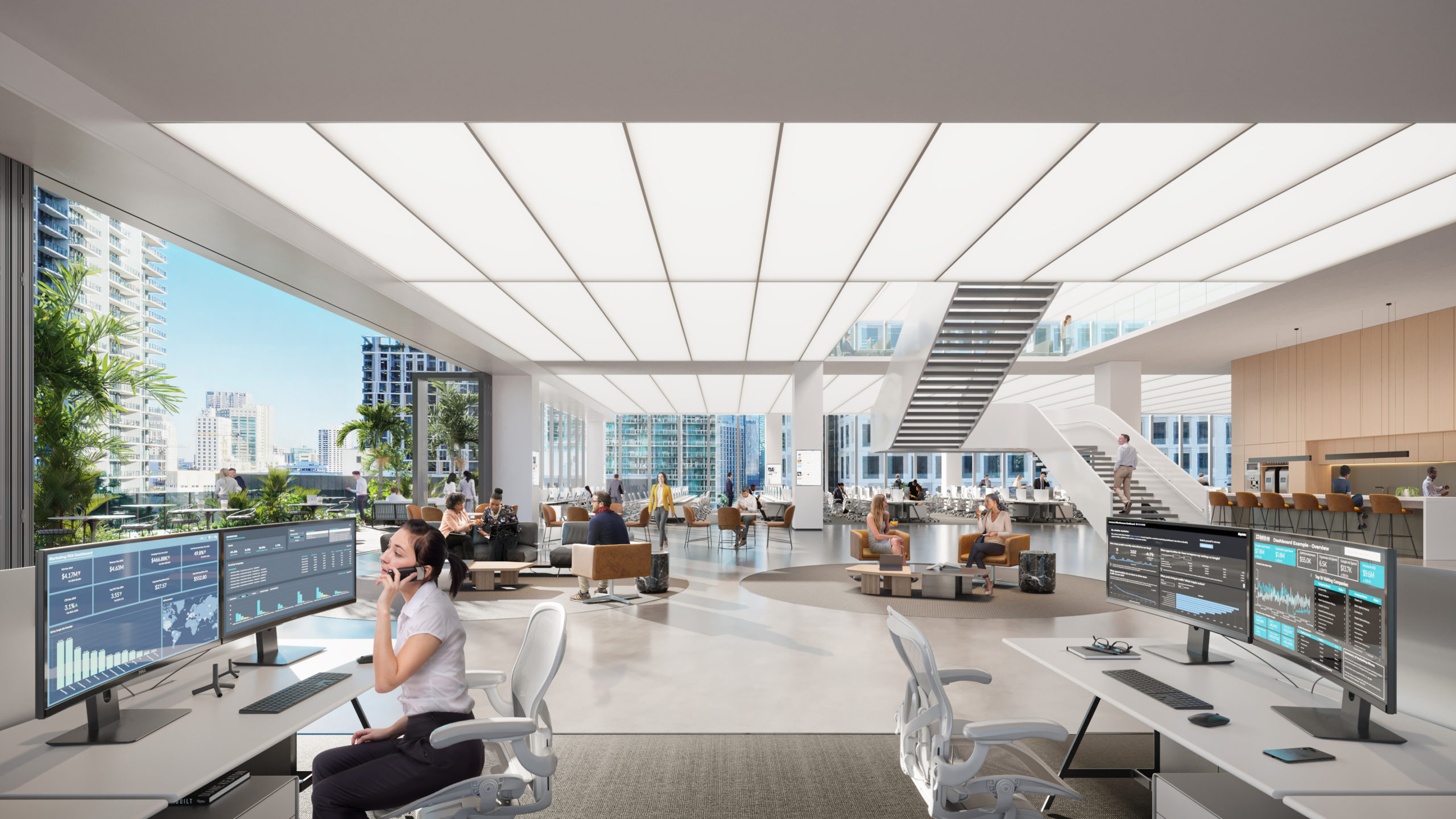 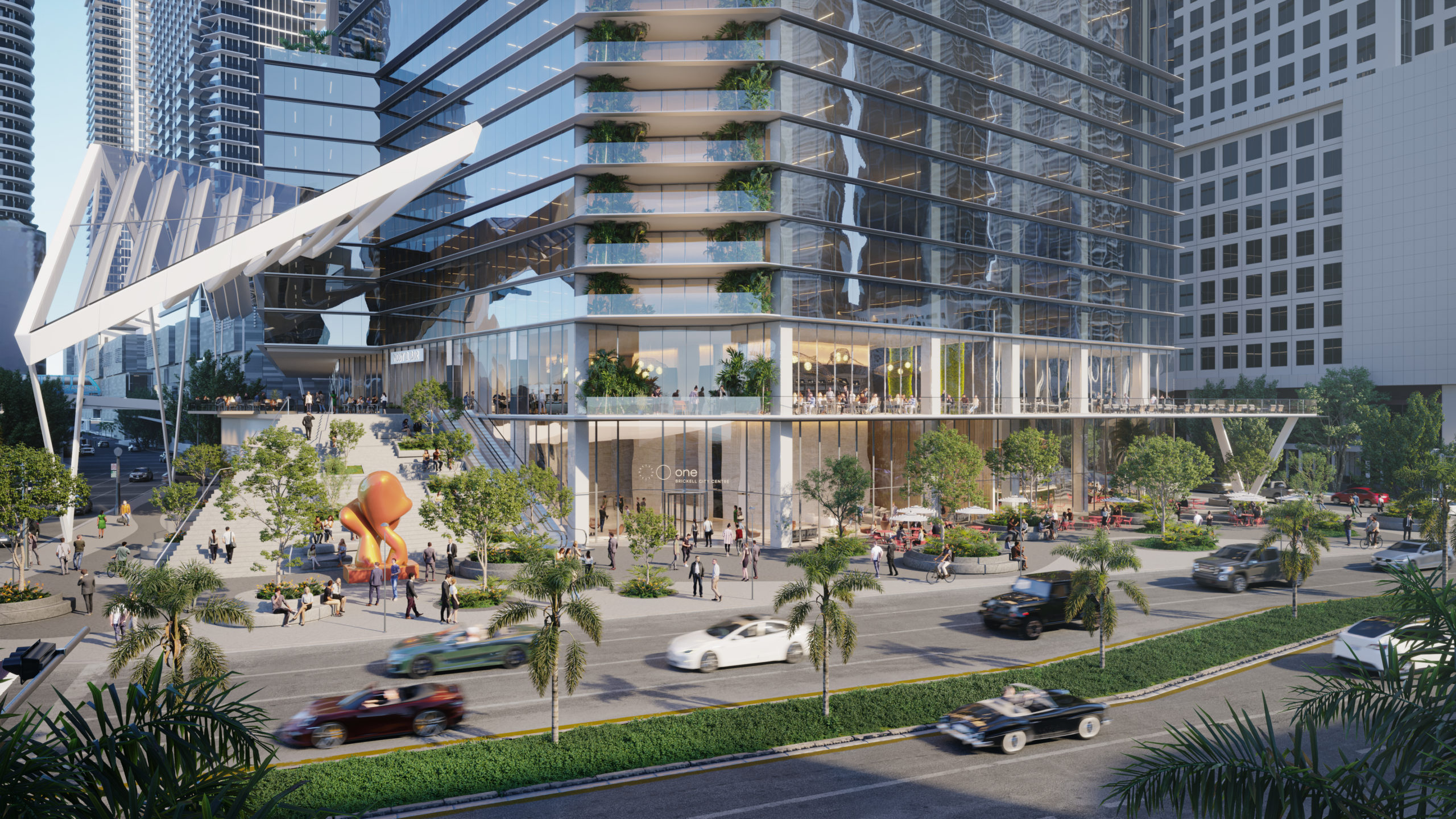 “Swire has been a committed partner to the City of Miami since we began developing on Brickell Key 40 years ago. Our commitments to build both a temporary and a permanent fire station are to ensure the City of Miami Fire Department can adequately serve the Brickell community for years to come. We intend to open the temporary fire station within 4 months of receiving the outstanding approvals, enabling the Fire Department to provide residents with improved service levels as soon as possible. In addition, we will work with the city to determine if another site might be more optimal and/or expeditious for the permanent fire station. Throughout this process we have been collaborating closely with the City of Miami Fire Department and the City of Miami to meet all necessary requirements and to create the best result for all parties and the community at large,” said a spokesperson for Swire Properties. 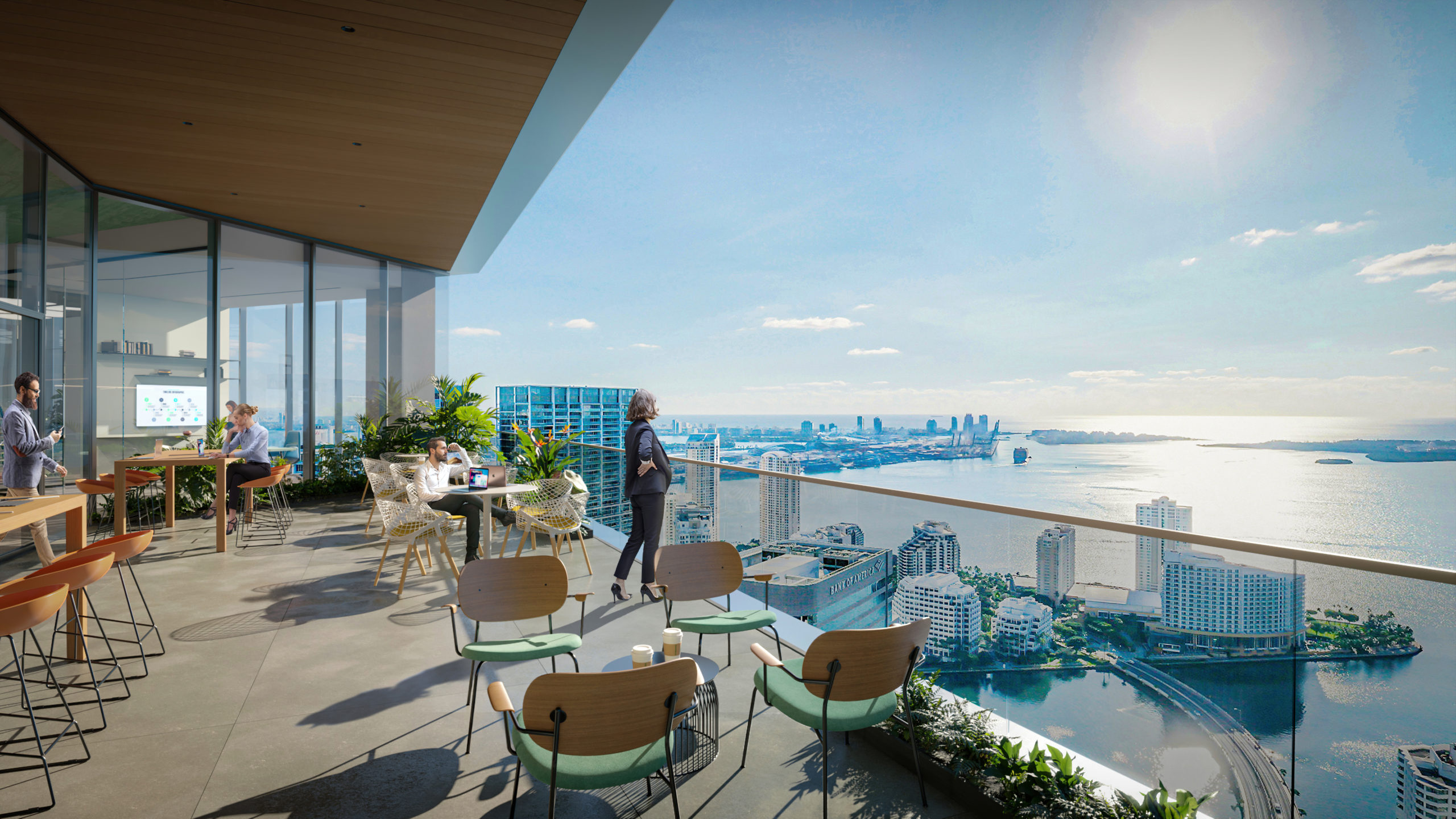 Swire Properties reapplied for building permits from the Federal Aviation Administration in March after the approved permits from 2018 had expired. The supertall tower will rise 1,038 feet, or 1,049 feet above sea level. 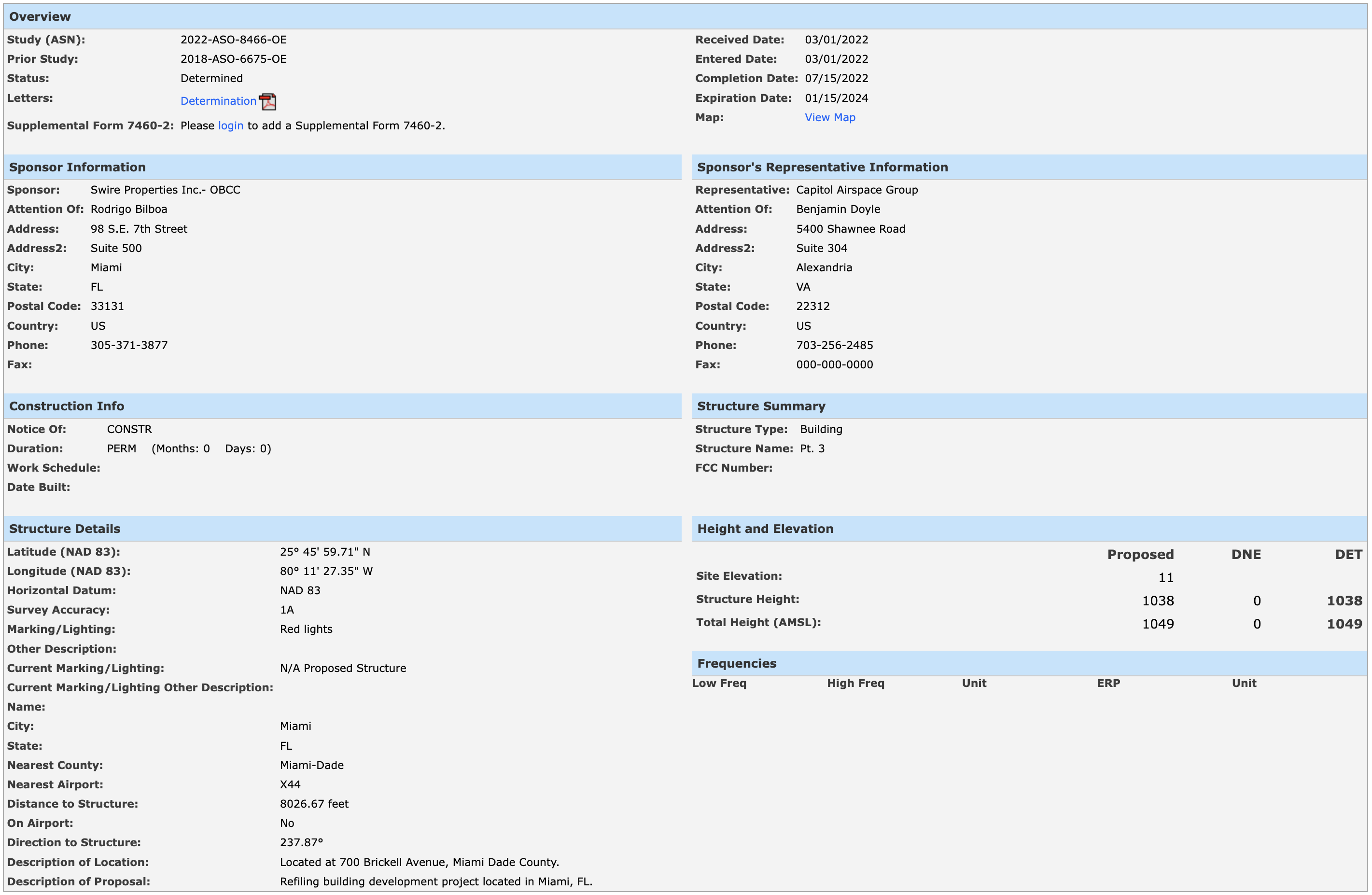 New construction permits have yet to be filed, but tree removal permits were filed in July and currently await plan acceptance to be considered for review. Demolition permits will be required to raze an existing 51-year-old 10-story office building at 700 Brickell Avenue and a 41-year-old 9-story office building at 799 Brickell Plaza, which are expected to be filed in the coming months. The combined parcels total 103,550 square feet of ground floor area, or 2.38 acres.